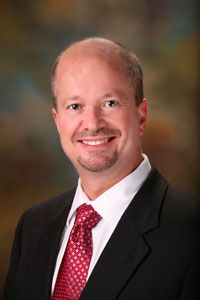 After graduating from law school in 1989, Mr. Johnson began his legal career with the law firm of Zimmerman, Shuffield, Kiser & Sutcliffe in Orlando, Florida.. In 1991 he joined with R.W. Simmermon and formed what has ultimately become Johnson & Gilbert, P.A. Attorney Johnson continues to practice personal injury, workers' compensation, and social security. Mr. Johnson also became a Supreme Court certified mediator in 1996 and continues to have a active mediation practice in the areas of personal injury and workers' compensation.

Mr. Johnson is admitted to practice in all Florida Courts. He is a member in good standing in the Florida Justice Association, the American Association for Justice, The Workers' Compensation section of the Florida Bar, Florida Workers' Advocates and The National Association Of Social Security Representatives.

He is a graduate of the University of Florida receiving both a Bachelor of Science degree in Accounting in 1986 and a Juris Doctorate degree in 1989.