Do I Have to Pay Taxes on my Workers’ Comp Payments? 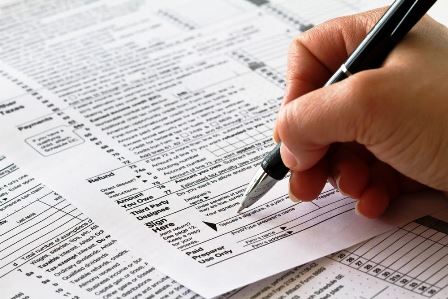 Workers' compensation benefits are issued to take the place of a person’s regular income after an injury, but there are some big differences between an employee’s regular paycheck and a workers’ comp check:

However, there's an exception to the taxation rule. If a person receives disability benefits from a variety of sources, a portion of those benefits could be eligible for state and federal tax.

Who Has to Pay Taxes on Workers' Compensation?

Since workers’ compensation is paid at a percentage of a person’s normal income, injured workers often apply for many other types of benefits in order to make ends meet. Depending on the nature of their injuries, workers may be granted payments through Social Security Disability Insurance (SSDI) or Supplemental Security Income (SSI) as well as local and state benefits. If the combined amount of benefits a person receives exceeds 80 percent of his or her pre-injury earnings, he or she will owe taxes on a portion of worker’s comp.

Taxes are calculated based on a worker’s average current earnings. These earnings are defined by the highest amount of one of the following:

It's important to note that many people who qualify for taxation based on these rules may not have to pay. For example, the Social Security Administration may reduce a beneficiary’s benefit payments to ensure the combined amount of workers' comp and Social Security disability payments stay below the 80 percent threshold. In addition, most beneficiaries who receive both Social Security and workers' compensation won't make enough income to owe federal taxes, even if a portion of these payments is found taxable.

Tax laws and disability benefit programs are full of complicated language and frustrating exceptions, so it's a good idea to speak with an experienced workers' compensation attorney before accepting your settlement. Call us today or fill out the form on this page today to speak to an attorney at no cost to you.