Should an injured worker in Daytona Beach allow their employer to pay medical expenses rather than file a workers' compensation claim? 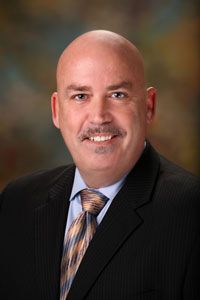 by J. Lance Gilbert [email protected]
As a practicing workers' compensation lawyer in the Daytona and Ormond Beach area for almost 20 years, I have come across almost every scenario imaginable involving workplace injuries.  However, in recent years I have seen a rise in the amount of claims from injured workers that were not filed initially because their employer promised to pay for the medical care instead of filing through their workers' compensation carrier.  The reasons vary for such offers by employers.  Often, a fear of increased insurance premiums is the basis for offering to cover medical expenses. NEWS FLASH....that is why employers have workers' compensation insurance...to cover the costs of medical care and lost wages resulting in a workplace injury.
I have represented literally thousands of injured workers in my practice and I can say without hesitation that it is almost always a mistake to agree to have an employer cover medical expenses outside of the workers' compensation system!  It has been my experience that with few exceptions, employers rarely follow through with the promise go pay for medical care in exchange for not filing a comp claim.  Oh sure, an employer may agree to pay for an initial quick care or hospital visit but once other care is recommended or diagnostic studies ordered, suddenly the employer is less enthusiastic.  Very few workplace injuries are of the type that can be "cured" by a single visit to a walk-in clinic or hospital.    In addition, it is not uncommon to find that despite the employer's promise to cover medical bills, they do not.  Many months after a visit, the worker receives a bill from the hospital and ends up being responsible for payment.  I have also seen many cases where the employer urges the worker to tell the doctor or hospital that the injury did not occur at work, but at home or somewhere else. NEVER, NEVER, NEVER give a false history of how the injury occured.  This will only lead to trouble down the road after the employer renigs on its promise and then an attempt is made to file a workers' compensation case!
Unfortunatley, a bad economy and job market tend to increase these types of scenarios.  Often times, injured workers are eager to accept the employer's offer to pay medical bills because they fear termination or retaliation if they file a comp claim.  However, there are laws in Florida that prevents employers from retaliating against workers who file, or attempt to file a workers' compensation claim.
The bottom line is this:  If injured on the job, do not hesitate to file a wokers' compensation claim.  Worker's compensation is in place to cover medical expenses and lost wages (rarely do I find employers paying lost wages outside of workers' compensation).  As stated above, most injuries will require more than an initial visit with a doctor.  It is a mistake to rely on an employer to cover all medical expenses associated with an injury.
If you have questions regarding a workers' compensation claim, contact Johnson & Gilbert, P.A. for a free consultation at 1-800-556-8890 or request a free copy of my book on Florida's Workers' Compensation.