How often is epilepsy misdiagnosed for other conditions? 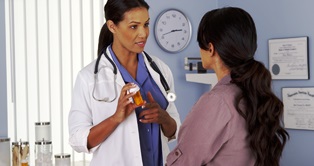 Unfortunately, epilepsy is often confused for other conditions, and may not be correctly diagnosed for months or years after the first seizure.

The problem with misdiagnosis can affect patients in one of two ways:

Conditions That May Be Misdiagnosed as Epilepsy

An estimated 1 in 3 patients who are diagnosed with epilepsy are suffering from a different kind of medical condition. A variety of ailments can mimic the symptoms of epilepsy, including:

If you're accurately diagnosed with epilepsy and unable to work due to complications from the disease, our attorneys can help you get the Social Security benefits you deserve. Call us today or fill out the form on this page to set up your consultation with a Social Security attorney.