The Dangers of Unsecured Cargo: Is the Driver Liable? 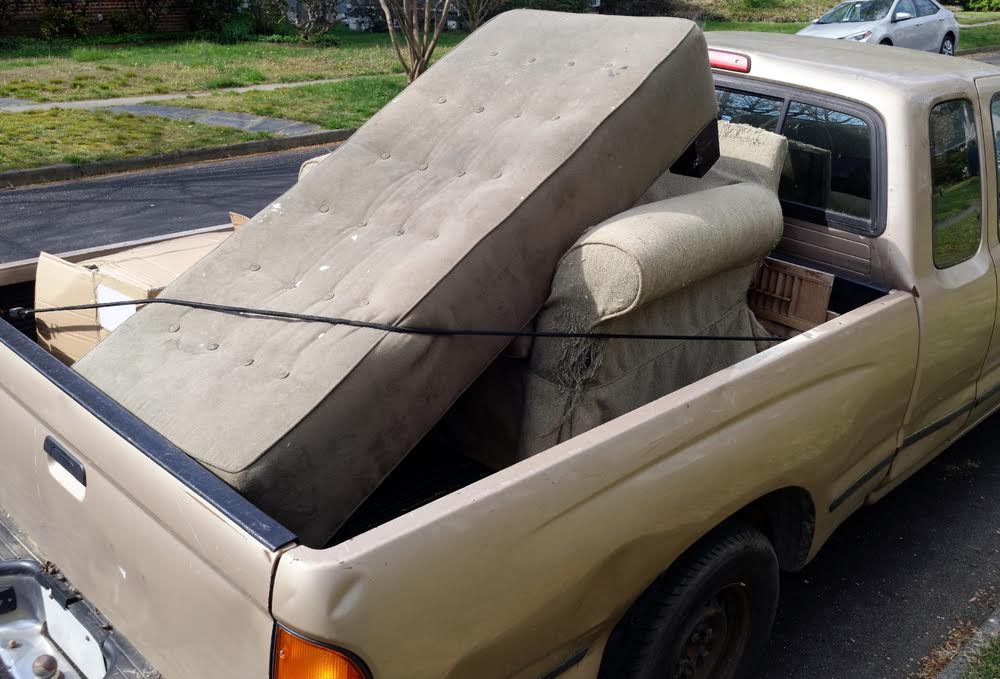 Loose cargo—whether it's landscaping or construction material, furniture, equipment, junk, or garbage—has incredible force. If a vehicle in front of you is traveling at 55 mph, an object weighing just 20 lbs. that falls from it strikes you with the impact of half a ton. The AAA Foundation for Traffic Safety reports that between 2011 and 2014, there were more than 200,000 unsecured cargo accidents, resulting in 39,000 injuries and over 500 deaths.

The Danger of Unsecured Loads

In 2004, Maria Federici, a 24-year-old Seattle resident, suffered severe facial deformities and blindness after a highway accident. An unsecured piece of furniture fell from the bed of a truck ahead of her, sending a 40 lb. piece of wood through Federici's windshield.

At that time, Washington’s state laws didn't include criminal penalties for drivers who failed to properly secure their loads. Therefore, if a loose piece of cargo caused an accident or injury, the driver couldn’t be held liable. In Federici's case, the driver simply received a citation for littering.

Her mother, Robin Abel, strongly advocated for change in loose load legislation. Now, “Maria’s Law,” passed in 2005 by Washington state legislators, indicates that it's a crime if failure to properly secure vehicle cargo results in injury or death. Anyone who knowingly refuses to secure loads can be prosecuted and face heavy fines and jail time.

Abel's mission was included in a National Transportation bill that President Obama signed in 2015, which outlines grant funds for states to raise awareness about the dangers of unsecured loads. At press time, all 50 states have statutes that make unsecured loads illegal, but few states issue large fines or enforce jail time.

How Are You Protected in Florida?

As of April 2016, nearly 100 Floridians were injured or killed as a result of loose cargo in the past three years. In that same time period, 3,600 people were cited for unsecured loads. The Florida Statues are clear about the lawful obligations for drivers of non-commercial carriers—such as cars, trucks, and SUVs—to secure all cargo. Florida drivers who fail to comply pay a fine of under $500 and perform community service if they're found at fault for an accident.

The current statues indicate that any person who willfully violates secured cargo regulations and causes serious bodily injury or death will be held liable with a criminal traffic offense and second-degree misdemeanor, which may result in a fine and jail time. The driver's intention can be difficult to prove in these types of cases, but Florida state lawmakers are working to enact stricter penalties.

If you or a loved one was injured by another motorist's unsecured cargo, it's important to understand your legal options. Attorneys Frank R. Johnson and J. Lance Gilbert have dedicated their careers to helping people find peace of mind and receive proper restitution. Use the contact information on this page to talk with them about your case.

1 Comments
My husband's SUV hit an 18 foot aluminum ladder on I-75 near Tampa. It was unavoidable because he had cars on either side. He was several car lengths behind the semi in front of him but by the time the semi swerved and he saw the ladder, it was too late. The ladder punched a hole in the passenger floorboard and became embedded in the SUV. Thankfully nobody was sitting in the passenger seat. He did everything right and was able to safely push the ladder across two lanes of fairly heavy traffic - onto the shoulder while the car on the right side slowed down traffic behind him. Thankfully nobody was hurt but the insurance company is totaling the car and now, he will have to spend thousands to buy a replacement plus he has been without a vehicle for the week it took to see if it could be repaired. Nobody knows who lost the ladder but SHAME ON THEM!
by Debbie March 28, 2018 at 10:24 AM
Post a Comment