Working for the United States Postal Service (USPS) is a surprisingly dangerous job. The USPS estimated its 2015 workers’ compensation costs for claims at $18.8 million—up $389 million from 2014. 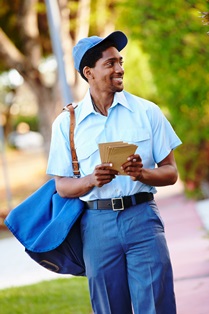 From the beginning of 2015 through 2016, the USPS reported 395 severe injuries to the Occupational Safety and Health Administration (OSHA)—the largest number reported by any employer. OSHA defines a severe injury as one causing an amputation, loss of an eye, or resulting in hospitalization for at least one night.

The USPS has more than a half-million people on payroll. Postal workers are exposed to hazardous conditions due to the many miles that they travel on foot and in their postal trucks on a daily basis. They often must work in dangerous weather conditions, such as rain, snow, ice, excessive heat, and extreme cold.

Here are some of the most common reasons these employees sustain injuries at work: