Is it true most workers’ compensation claims are faked so people can get free benefits? 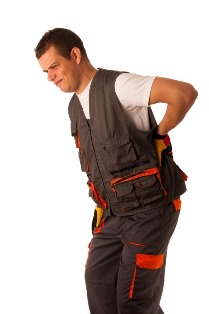 There will always be stories of workers committing workers’ compensation fraud. Some involve workers faking an injury to get a free vacation; others allege employees exaggerate the costs of their medical care. There are also claims of employees working together with crooked medical providers to steal money from employers.

While fraudulent claims do occur from time to time, the truth is they're extremely rare, occurring in less than two percent of workers' compensation claims nationwide.

The Myth of Workers’ Compensation Fraud

Although this kind of fraud rarely occurs, it places blame and suspicion on employees who have little to gain by cheating the system. Employees often have to provide receipts for their medical bills and adhere to strict disability laws, and the small amounts they're given aren't enough to make them wealthy. However, as long as this myth of fraud persists, employers remain mistrustful of workers injured on the job, and insurers can continue to gather information to prove an employee is lying about his condition.

In most cases, employees won't even become wealthy if they file a worker’s compensation lawsuit, since the amount a worker could get for his or her lawsuit depends on:

The amount a worker receives is calculated carefully to provide compensation for concrete losses, such as past medical bills and loss of income. Victims can be awarded sums in the millions or tens of thousands of dollars, but will likely have to live off that money for the rest of their lives—especially if they're permanently disabled. In many cases, these settlements are the employee’s only hope of living a normal life. If you need help after a work injury, call us today or fill out the form on this page to set up a consultation with an attorney.