How does height affect airbag safety? 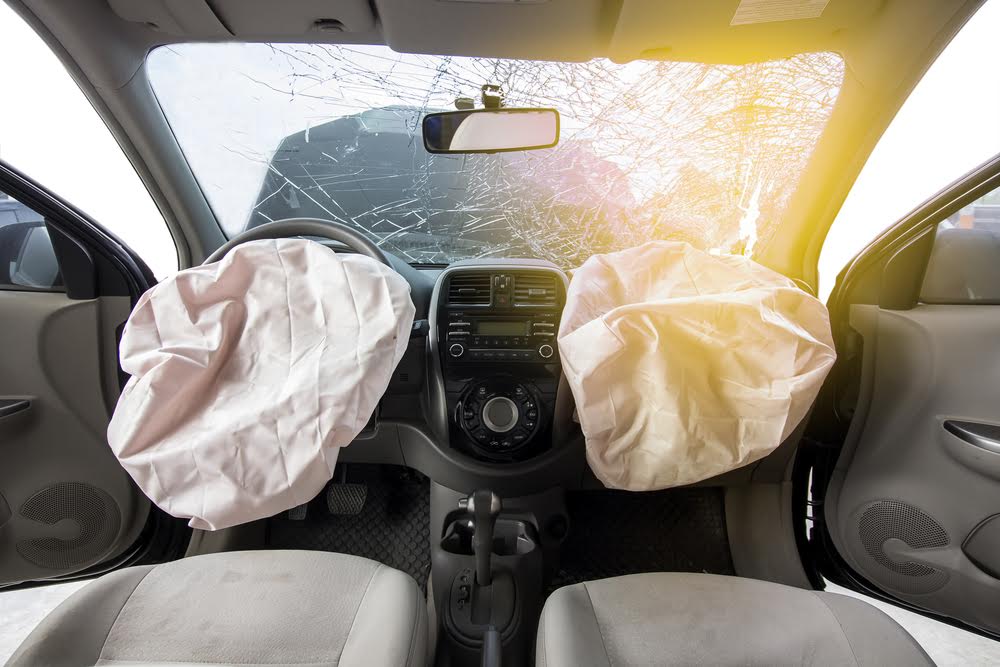 News reports about defective Takata airbags have alerted Americans to the idea that car airbags aren’t always perfectly safe. That’s not to say we should immediately stop using airbags, but we need to be aware of their risks.

First, the good news: overall, airbags have saved thousands of lives that would otherwise have been lost in traffic crashes. The National Highway Traffic Safety Administration—part of the U.S. Transportation Department—reports that over a 25-year period, frontal airbags saved 39,976 lives. Currently, there aren't reliable statistics on how many more lives have been saved by secondary airbags, including side airbags, knee airbags, and curtain airbags.

However, the airbag safety record is not perfect. During a vehicle collision, an airbag inflates with explosive force—in excess of 200 miles per hour—to hold the passenger firmly in his or her seat. This force is great enough to occasionally break ribs. The noise of deployment might damage hearing. The airbag propellants can cause chemical burns. If you’re holding something when the airbag deploys, that item can become a projectile thrust into your body. And sometimes the airbag deployment can be fatal.

Airbags: Designed for the Average Man

Most fatal incidents involving airbags have several factors in common:

Even when infants are properly placed in a rear-facing car seat, they can be crushed by an inflating airbag. Older children who aren't required to use a safety seat have been hurt by airbag deployment, too, and failure to use a seat belt properly has often been a secondary cause of their injuries.

Many of the other victims of airbag injuries have been women with shorter-than-average height. Airbags have been designed with a man of average stature in mind. According to the New York Times, that means a fellow about five foot nine in height. This means an airbag positioned to protect the “average male” could punch a woman or man of smaller stature in the face.

Conversely, people above average height are also at risk for airbag injuries. Airbag deployment could crush the chest or upper arm of a man or woman taller than five foot eleven.

Problem #1: Does the Airbag Have Faulty Design?

If you were hurt by an airbag in a low-impact collision, you may have a legal case against the manufacturer. Some important signs to look for:

Determining whether the airbag manufacturer is legally responsible for your injuries is a complicated process that requires a thorough investigation of your situation. It’s best decided in cooperation with an attorney who has extensive experience with auto injury cases in your area.

Problem #2: Is the Other Driver Off the Hook When an Accident Occurs?

What about the other driver—the one who caused the crash in the first place? If your primary injuries are airbag related, his attorney might say, “Well, that’s just too bad. You should have known to disable the airbag, or to position your body differently as a driver or passenger to minimize your injuries if the airbag went off. Because you didn’t do those things, you are substantially at fault for your own injuries, and we don’t owe you a penny.”

Even if the court decided that Florida’s comparative negligence rules apply, there’s no reason to think that you would bear the bulk of the blame. And a longstanding principle of civil law is that “defendants must take their victims as they find them.” This means an injured party’s special vulnerability can’t be used against him. So if your injuries were worsened because you are shorter or taller than average height and more vulnerable to an airbag injury, that doesn’t make it easier on the at-fault driver. He will still be liable for your losses.

The legal issues involved with airbag injuries can get quite complicated. We encourage you to browse through the other content on our site to learn more about car accidents in general and car safety equipment in particular. If you believe your crash case deserves consideration due to the injuries you suffered from airbag deployment, contact us for a consultation.