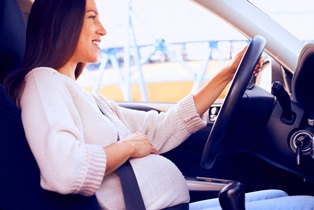 Any car accident caused by a negligent driver can result in the victims suffering serious injuries or death. However, the dangers are magnified if one of the victims is a pregnant woman. The force of the impact of the collision can cause complications in the woman’s pregnancy and endanger her child. It can also make the trauma of the wreck significantly worse with the worries over the long-term effects on the baby’s health.

Car Accident Risks to a Pregnant Woman and Her Baby

Any auto accident can create unforeseen complications, so it's crucial that an expectant mother seek medical attention immediately after the crash, whether or not she believes she suffered any injuries. Even if her injuries are similar to those that other accident victims suffer, what's happened to the baby may be harder to determine.

Here are some critical health concerns for pregnant women after an accident:

If you're pregnant and injured in a motor vehicle collision caused by another driver, our experienced and compassionate car accident attorneys are ready to fight for the expensive medical treatments your baby and you may need, your lost wages, and your emotional distress—which can be greater than that of other accident victims. To learn how to hold the at-fault driver accountable, call our office today to schedule a free consultation.