What if a defective seat belt made my crash injuries worse? 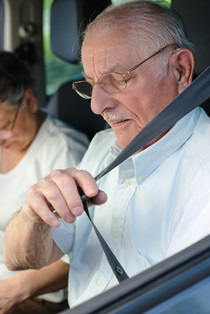 Many people are injured every year because the features of their vehicles failed to perform effectively. If you suffered significant injuries because of a defective auto part, you may be able to hold the carmaker liable.

Seat belts are incredibly effective in minimizing bodily harm in a crash. When these devices fail, injuries are much worse and may prove fatal, even at low speeds. Drivers and passengers can suffer whiplash, internal injuries, chest trauma, or even be ejected from the vehicle if the seat belt doesn't restrain them properly.

Many vehicle manufacturers have come under fire for defective seat belts that have caused a number of problems, including:

If your injuries were made worse by a defective seatbelt, you may be able file a lawsuit against the manufacturer or automaker, even if your insurance already covered some costs of the crash. Simply fill out the quick contact form on this page today to schedule your free case evaluation with one of our car accident attorneys.