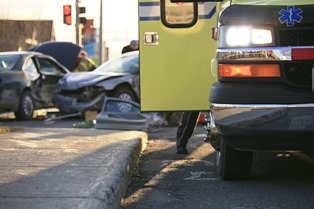 For the last several years, the number of people who have suffered fatal car accidents on U.S. roads was on a steady decline. However, 2016 was a notable departure from this trend: the number of car accident deaths exceeded 40,000 for the first time in nine straight years.

Why Was 2016 Such a Bad Year for Car Accident Fatalities?

A report released by the National Safety Council (NSC) first alerted the public to the increase in fatalities, which was slightly higher than estimates from the National Highway Traffic Safety Administration.  The NSC data is believed to be accurate, as it includes crash-related deaths up to 30 days after the car accident occurred, as well crashes that occurred on private property.

A few of the more startling facts from the report include:

While researchers believe that lower gas prices have contributed to a higher rate of road use that naturally increases mortality, an NSC survey released early in the year shed some light on why accident rates may be increasing.

If you or someone you love was injured in a car accident, we can help you get the justice and compensation you deserve. Simply fill out the form on this page to set up your free consultation with a Florida injury attorney today.