After a Car Accident, Don't Make These Mistakes 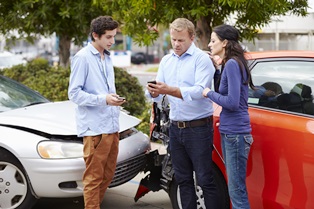 When another driver causes you to suffer injuries in a car accident, you can't assume his or her insurance company will voluntarily offer you a fair settlement—even if liability is clearly established.

So you need to do everything you can to build a strong claim for compensation. The last thing you want to do is to give an insurance adjuster reasons to deny or reduce your claim.

Unfortunately, this is precisely what some accident victims do, resulting in a much lower settlement. You can learn from their experiences so you don't have the same problems when settling your claim.

Costly Mistakes That Reduce the Value of Your Auto Wreck Claim

Keep in mind that making a single error will most likely not ruin your case. An experienced car accident attorney will have strategies to resolve the majority of mistakes. But you're still able to establish a strong claim by not making these errors:

If you were injured in a car accident, we're ready to answer your questions and guide you through the process of filing your claim. Call our office to schedule your free consultation today.