Who Is Most Likely to Be Killed in a Car Crash? 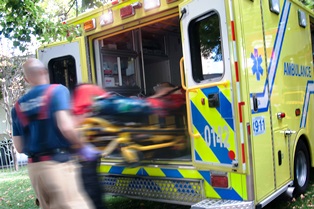 Many auto accidents occur daily that result in victims suffering serious injuries or death. While anyone can be involved in a collision, there are certain groups of people at a higher risk.

Understanding what the statistics indicate may help you and your family avoid being the victim of a crash.

According to the Insurance Institute for Highway Safety, 37,461 people were killed in motor vehicle accidents in 2016. This was a six percent increase in fatalities from 2015 and the largest number of deaths since 2007.

Here are some other statistics that shed light on who is at most risk of being injured in a wreck:

Were you or a loved one injured in a car accident? Call our office today to schedule your free consultation to learn how we can assist you in holding the negligent driver responsible for injury compensation.