What Recent Statistics Tell Us About Teens and Motor Vehicle Accidents

Learning to drive provides many teenagers with the freedom they long for, but also is a source of worry for their parents. Teenagers are less-experienced drivers and have underdeveloped maturity, so fears they'll be involved in a tragic motor vehicle accident are justified. 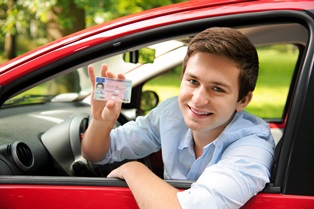 If you're the parent of a teenager who's starting to drive, you may be concerned about the dangers that your teen will be the victim or cause of a crash.

Here, we explain some of the recent statistics that shed light on how serious this problem really is.

How Dangerous Are Teenage Drivers?

According to a recent AAA Foundation for Traffic Safety study in 2017, new teenage drivers between 16 and 17 are three times more likely to be involved in a fatal accident than adults. The study also found the most dangerous time of the year for teenagers who drive are between Memorial Day and Labor Day—also referred to as the “100 Deadliest Days”—when the fatality rate increases 15 percent over the rest of the year.

Statistics also show the following with regard to teen drivers:

Unfortunately, teen fatal wrecks are increasing, not decreasing—approximately 10 percent more in 2016 than 2015. Some of the factors that contribute to this alarming trend involve unsafe practices by teens, such as:

No matter how careful you are, you may not be able to avoid being injured in an accident caused by a teen driver. If you need to file for compensation, we can help with your claim; obtain the evidence to prove the other driver’s fault and your damages; and negotiate your settlement with the insurance company. To learn more about how we'll aggressively fight for your rights, fill out our online form to schedule a free consultation today.