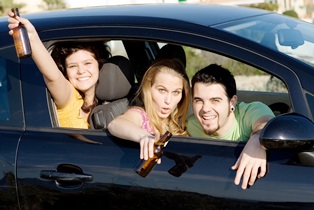 The reality is many teens cause car accidents due to their lack of experience driving and poor judgment. When young drivers also consume alcohol and drive, the risks increase dramatically that they'll cause collisions that result in victims suffering long-term injuries or death.

The teen driver could face harsh consequences under Florida’s DUI laws, and have to live with the knowledge that he seriously injured or killed others.

It's not simply a matter of "kids being kids." Even though underage drinking is illegal, teens are prone to engage in the behavior because of:

According to the Centers for Disease Control and Prevention, one in 10 teens drinks alcohol and then operates a vehicle. In addition, drivers 16–20 are 17 times more likely to be killed in an accident if they had a blood alcohol concentration (BAC) of 0.08 percent than if they hadn't consumed alcohol.

Penalties for Underage DUI in Florida

Florida has a zero tolerance for underage drinking and driving. It's illegal to have a BAC of 0.02 percent or higher if a driver is under 21. A driver under 18 charged with DUI could face these penalties:

How Parents Can Help Their Teens Not to Drink and Drive

Parents play a huge role in drunk driving prevention. Some steps they can take include:

If you were the victim of a drunk driving accident caused by a teenager, you may be entitled to compensation for your injuries. To learn more about your legal options, call our office today to schedule your free case evaluation.