Does Lowering Speed Limits Reduce the Number of Car Accidents? 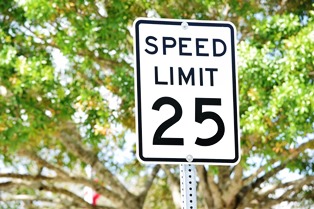 Speeding is one of the major factors in severe car accidents across America. While a crash can occur at any speed, the rate of injuries increases with each additional mile per hour—especially if the person injured is a child or pedestrian. In an effort to bring down traffic fatalities, many municipalities have opted to lower existing speed limits, reducing both serious injuries and the number of car accidents on city streets.

Lowering Speed Limits Is an Effective Way to Curb Crashes

Many U.S. cities, including Fort Lauderdale, New York, Boston, and Washington D.C., have lowered speed limits as part of the Vision Zero program. Pioneered in Sweden in the 1990s, Vision Zero aims to prevent crashes by working with drivers and lawmakers to reduce traffic injuries in areas where cars, bicyclists, and pedestrians share the road.

Lowering speed limits is one of the tenets of the Vision Zero program, and can have a significant impact on:

While lowered speed limits have proved effective in many countries, some people object to the idea due to longer commuting times or increased traffic fines. What do you think about the practice? Do you believe we should lower speed limits in Daytona Beach? Please leave a comment or share this article on Facebook to weigh in on the debate.