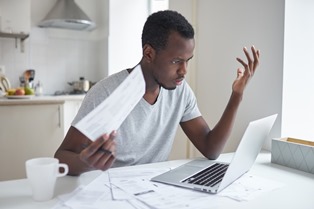 If you've tried to renew your car insurance recently, you may have noticed that premiums have increased.

Car insurance costs go up for many reasons, including accident history and economic growth, but rates have recently spiked for an unexpected reason: the increase in accidents caused by texting and driving.

Distracted Driving Can Have High Costs Even Before a Crash

Insurance premiums have been steadily climbing for the past decade, with many U.S. customers paying $1,000 or more for their policies each year. Since accident rates have also been on the rise, insurers raise rates to minimize the loss of profits due to accident payouts. A major factor in these accidents is distraction from a smartphone or other electronic device, making distracted drivers largely responsible for the uptick in coverage costs.

Consumers may suffer car insurance headaches due to:

If you were struck by a distracted driver, you shouldn't have to pay for the costs of someone else’s mistake.  Simply fill out the form on this page to set up your free consultation with a Florida injury attorney today.